I am very pleased to greet you on the occasion of two years anniversary since Sodrugestvo Group and the group of companies controlled by the Gimenez Family (Gical S.A. and Almasol S.R.L.) successfully closed on a deal of creating a joint venture in Paraguay - South American River Company S.A. (SARCOM).
2 August 2017
Congratulation Sodrugestvo Paraguay S.A.
Dear colleagues – employees of Sodrugestvo Paraguay! Three years! Yes it is correct, three years of learning, growth, and consolidation of Sodrugestvo Group operations in Paraguay have passed. 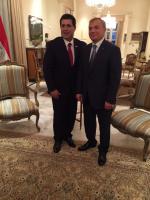 The official opening was carried out by Mr. Etienne Schneider, Minister of the Economy of the Grand Duches of Luxembourg, in presence of Mr. A. Lutsenko, Chairman, Mr. S. Frappat, CEO and some 100 guests including Mr. M. Entin, Ambassador of the Russian Federation in Luxembourg.

23 July 2012
ZAO Sodrugestvo-Soy Receives an ISCC Certificate of Conformity
Following an audit conducted by Intertek Certification Body on July 11–12, 2012, ZAO Sodrugestvo-Soy was certified for compliance with the requirements of the Certification System for Production and Supply of Biomass for Biofuels and Bioliquids from Renewable Sources (ISCC – International Sustainability and Carbon Certification) and was assigned a registration number under the ISCC system – 1587.

27 February 2010
The Management system of ZAO Sodrugestvo-Soy Meets the Requirements of the Russian Version of ISO Standards as Confirmed by Certificates of Conformity
The production and terminal complex of ZAO Sodrugestvo-Soy has elaborated and implemented an integrated management system in order to increase efficiency of organisation, to improve process control, and to implement management practices on the basis of different ISO international standards. 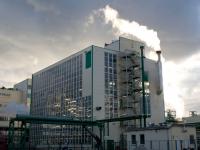 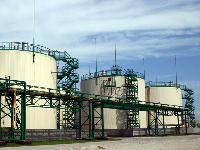 6 May 2008
First Transshipment of Oil
On May, 5th, 2008, the terminal of ZAO Sodrugestvo-Soy saw the first transshipment of hydrated soybean oil from a 3,000-tonne tanker to the complex storage facilities using ship pumps.